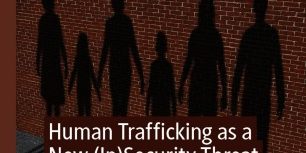 Security and Human Trafficking is a significant contribution to our holistic understanding of the interplay of human trafficking and national security. Elzbieta Gozdziak challenges the famous oratory on these issues by disentangling factual truths from populist rhetorics by focusing on rich empirical data collected in Hungary, Poland, and the United States.

In her book, Dr. Elzbieta Gozdziak brings her two decades of ethnographic expertise on human trafficking and international migration to powerfully critique of the conflation of human trafficking and migration with other kinds of national security threats such as terrorism and organized crime.  She masterfully shows how the inaccurate framing of human trafficking as a security threat in the United States and Europe has led to costly and high stakes policy actions, such as enhanced border control, immigration, and surveillance measures, that can actually increase insecurity and lead to other kinds of negative economic, military, and diplomatic consequences.  If we really care about solving the problem of human trafficking, Gozdziak’s call to open up and interrogate policy framings and demand better empirical data to justify those framings will lead to better policy solutions and outcomes to combat human trafficking on the ground.  Security and Human Trafficking is a must-read for students, experts, and practitioners interested in the nexus of human trafficking, migration, and national security.

–Kathleen M. Vogel, Ph.D, Professor and Deputy Director, School for the Future of Innovation in Society, Tempe, Arizona. Vogel is co-author of Human Trafficking Trends in the Western Hemisphere.

This book challenges the popular rhetoric linking ‘war on terror’ with ‘war on human trafficking’ by juxtaposing lived experiences of survivors of trafficking, refugees, and labor migrants with macro-level security concerns. Part One of the book presents the historical antecedents and contemporary manifestations of human trafficking and its links to national security. Part Two focuses on the Other—refugees and asylum seekers—perceived as a national security threat. Goździak spotlights the US refugee resettlement program—its history, slow erosion, and the current danger of possible elimination—and argues that a robust refugee resettlement is not a threat but an asset to the national security.  Using examples from Hungary and Poland, the following chapter shows how human trafficking has replaced migration in public narratives, policy responses, and practice with refugees. Part Three analyzes lived experiences of (in)security of trafficked victims, irregular migrants, and asylum seekers in the USA and in Europe, with a special focus on unaccompanied children and adolescents. The concluding chapter asks how security concerns stemming from human trafficking can be reconciled with the need to protect victims.

Elżbieta M. Goździak is Visiting Professor at Adam Mickiewicz University in Poznań. Previously, she was Research Professor at the Institute for the Study of International Migration (ISIM) at Georgetown University. She held the George Soros Visiting Chair in Public Policy at the Central European University (CEU) in Budapest.